When battery life is extended it translates directly into dollar savings. The total number of batteries that remained in use represented a value of around 2 million dollars that became available as working capital or as money that could have been banked. 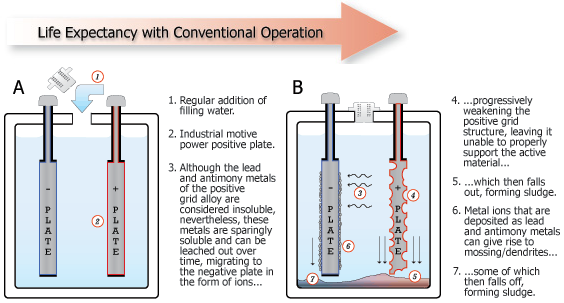 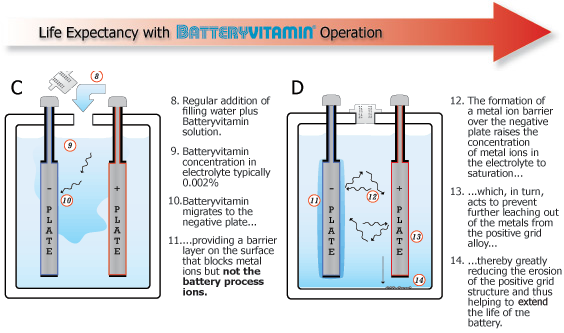 For more details of a technical nature, please refer to How is the Nanobarrier formed? 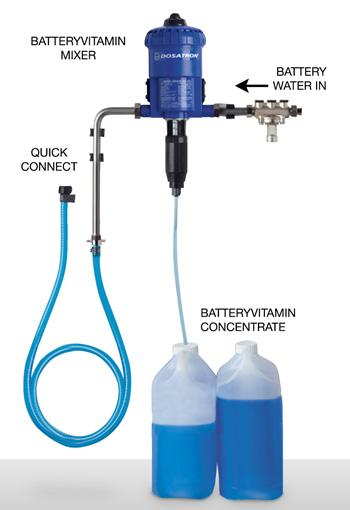 Solubility:
Soluble in water in all proportions, soluble in sulfuric battery acid at recommended concentration.

Environment:
Batteryvitamin is biodegradable. For disposal dilute concentrate 1 : 1,000 with water.

Batteryvitamin is not suitable for treatment of a battery that begins when the battery is almost worn out. Batteryvitamin should not be used in an attempt to revitalize a defective, neglected or spent battery. As Batteryvitamin is used outside our control, we cannot accept liability for damages.